There are a lot of things in life that have no sequential order. For instance, when unloading a dishwasher I may choose to remove the forks before I remove the plates, or the knives before the bowls, I can even choose to remove the spoons before I remove cups. The order in which I choose to do these things is purely subjective, it is personal preference. The same could be applied to many things in life, but it may not be said about the order of life and death, a least in the traditional sense. You are born, you live, and then you die. This is the order in which we have no control over.

Yet, when Jesus arrived on the scene, he spoke of death followed by life again. Many of his listeners took this in the spiritual sense (which is part of what he meant, but only part), Jesus told them he would be arrested, killed, and come back to life. Though he had performed miracles and even raised a close friend from the dead, this seemed an impossible task, so much so, that none of his followers were awaiting his resurrection on Sunday morning. It was a hard concept to follow because it went against the natural order of things. Yet Jesus taught that only through death could he bring real life. That only in our death, could we actually live.

“Truly, truly, I say to you, unless a grain of wheat falls into the earth and dies, it remains alone, but if it dies, it bears much fruit.” (ESV)

Here Jesus lays out the mysterious plan that God had in place from the foundations of the world. It went against the natural order that had been in place from the beginning of time, and Jesus’ followers weren’t sure what to do with it. He was giving us a picture of what his death would accomplish. That through his death, our punishment would be taken, and through his resurrection, he would invite us to new life, and through his ascension and sending of his spirit, we would not only have the motivation, but also the supernatural strength to live in a way that wasn’t possible before his death.

Let’s take a moment to consider this in a purely natural sense. Death is never an easy thing to deal with. I read the passage in John 12 at a close friend’s funeral nearly a year ago. The day of the funeral I saw a picture of my friend from a recent mission trip he had been a part of. He had a passion for missions, in a way I have never personally experienced. I felt like God was showing me that there would be people who got involved in missions simply because of my friends passing. Out of his death, there would be much fruit.

Little did I know that nearly a year later I would be on a plane to do missions work in Nicaragua. We would be holding daily services in a building built in my friend’s honor. We saw a lot of great things happen on the trip, there were salvations, there were miracles and even some difficulties, yet in the end, the trip was fruitful. Our main focus for the trip was ministering to the children in the village where our team had built a church the prior summer. I was put in charge of putting together the children’s outreaches every day. The first day we had around forty-five kids show up, the following day we had nearly 100, on the final day we had close to 200 kids hear the message of Jesus, receive a hot meal, and go home with gifts and dental supplies. None of this would have been possible without God’s direction, nor the help of all of our team members, but I have to be completely transparent, for me personally none of it would have happened without my friends passing. His death was the sole reason I had for getting on the plane. He had wanted me to do missions work with him, and I had missed my chance, but God used his death to get me to travel to a foreign country to spread the seeds of life. 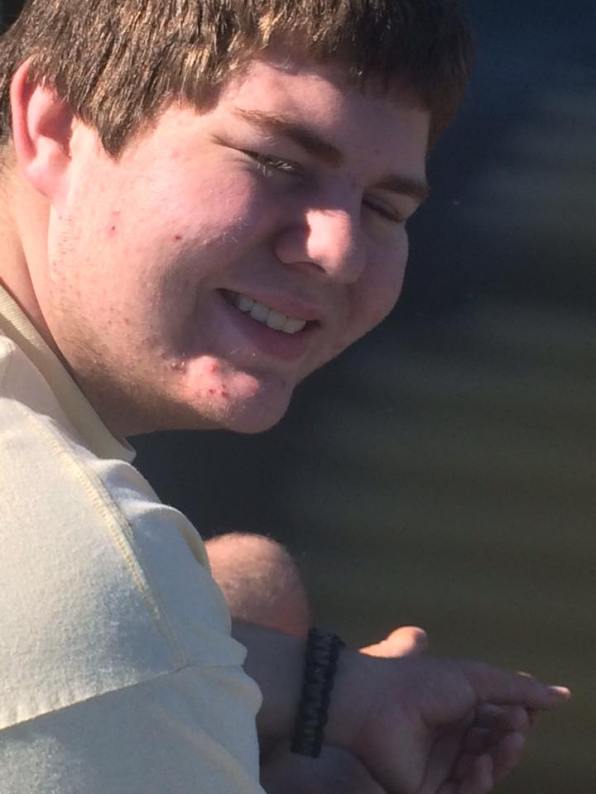 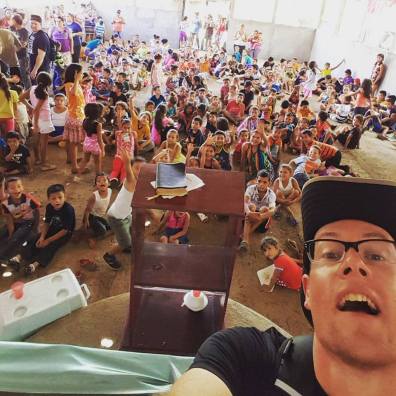 I don’t want to downplay the effect of my friend’s life and death, and I long for the day I can see him again more alive than he ever was on this side of heaven. But if a 17-year-olds passing can motivate someone to do something great, how much more can the seed of death and life that Jesus planted motivate and empower us to do the great things God wants for us to do.

Jesus was saying that through his seed of death, he would bring us life, unlike anything we could ever comprehend.  In John 10:10, he put it this way:

“The thief comes only to steal and kill and destroy. I came that they may have life and have it abundantly.” (ESV)

Here Jesus is saying, I am going to impart something to you that you can not have without my death and resurrection. Then after his resurrection, Jesus departed so that he could send a helper, his very spirit to live inside of us to bring about this abundant living. Only through him is it possible to live the way God intends.

My youngest daughter has been asking about getting baptized for about nine months. In the beginning, my wife and I were concerned that she only wanted to do what she had seen her older sister do. We were not sure that she understood what it was all about. After months of conversations, we finally agreed that she could be “bab-a-tised” (as she says it) on Easter Sunday. We read through a lot of scripture and even used the New City Catechism (available from the great people at The Gospel Coalition, check out the amazon link below to see what this resource is) to prepare her for what this moment really meant.

Two weeks before her baptism, we were on a day trip to the New Orleans zoo. The conversation came up again between my wife and I about the baptism, we still weren’t sure if she was ready. Half way through the drive we ran into some of the most severe weather I’ve ever driven through.  The clouds were dark and ominous and had begun to show signs of swirling motions. We were on the interstate with nowhere to go for shelter. My wife, who does not like severe weather or Tornados (due to an unhealthy amount of viewings of the movie Twister as a child), became very distressed. As we drove on, I tried to lighten the mood by making jokes, but my wife wasn’t having any of it. That was when the voice of my youngest daughter came from the back seat saying, “We’ll be ok mom, God will take care of us.” My immediate response was, “I don’t think we need to be concerned if she’s ready to be baptized or not anymore.”

Needless to say, the weather cleared up, we arrived safely and had a great time as a family at the zoo. However, the thing that stuck with me the most was the way my daughter had spoken about the confidence that she had in a God who was with us in the very moment of our trouble. See, God did not die to give us just some remote hope of life in heaven one day. He gave us an assurance of that future hope, but he also died and rose again to bring us into real life, on this side of heaven. To be a present help to us, my daughter understood this.

As much as my friends passing, or a loved one that you may have lost can bring clarity or motivation for our actions, Jesus and the indwelling of his spirit goes so far beyond any other death that we can imagine. Yet, we treat Easter and the resurrection as a once a year celebration in remembrance of what once happened. We often treat weddings the same way. There is a big life changing moment that happens, then sadly, once the festivities are over and the marriage begins, things start to fall apart. When all a couple focuses on is the Wedding or even the anniversary once a year, it does little to help the daily life that is marriage. But when we use the vows of that day in our daily practice with one another, that is when things begin to thrive. God longs for us to do the same

As we come out of this Easter season, let Christ’s life, death, and resurrection, be more than a weekend event. Let the seed that he planted, grow into something fruitful every day of your existence. Let the life he gave you give you strength in your struggles, safety in the storms, joy in the sadness, and contentment in all things. Most importantly let God give you life (in abundance) from death.

Grace and Peace to You.

For More info on the New City Catechisms check out the links below:

View all posts by brantleypierce